In on the Ground - Carpet Court

Be Up To Date

In on the Ground 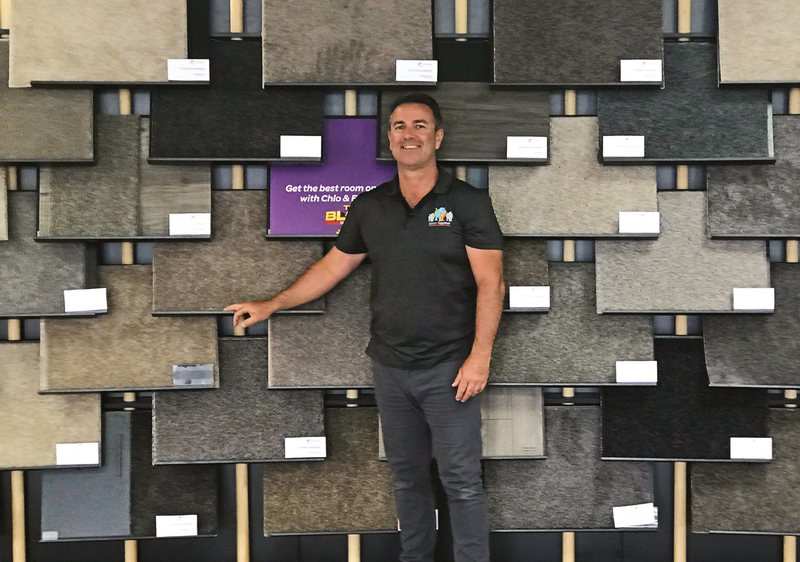 As written by Franchise New Zealand.

In business, tripling turnover is the kind of dream that everyone has, but rarely achieves. Not so Graeme Quilty from Rotorua, who turned ‘a business that covered wages’ into a thriving concern by becoming a Carpet Court franchise partner, as the company calls its franchisees. He admits that it wasn’t planned: ‘Carpet Court wanted a store in the area and came knocking. At the time we didn’t really understand the worth of being part of a major franchise, nor did they over-emphasise the value. It took a lot of debating on our part before we joined, but it quickly paid off and this year we are actually looking forward to a genuine holiday!’

Graeme’s original business opened in Rotorua in 1999 and, as he says, ‘We did ok. The business ran well for 15 years with good local contacts bringing in work and us purchasing materials on our own, with no national discounted rates. It was a well-run business but we were on our own, no buying power and margins were tight. The key to our massive growth since joining Carpet Court has been the huge buying power the franchise has, the exclusive deals they negotiate and the major contracts with big organisations such as insurance companies. We went from a provincial store to a big money-making concern almost overnight … and we certainly haven’t regretted it,’ he chuckles.

‘There are so many benefits it’s hard to list them all. For example, as an independent we could never get exclusive items made for us but with Carpet Court, major suppliers are happy to produce exclusive items for the franchise. Things like this meant that, in addition to tripling our turnover, our profit margin went up considerably as well. We’re flying!’

The Carpet Court Group is the country’s largest flooring retailer, with almost 60 stores giving it big advantages of scale in everything from buying power to marketing, systems management and software.

‘We serve a huge market as we are the leaders both in the retail residential and commercial flooring markets,’ says Colin Jones, Head of Retail. ‘We have on-going business through our national relationships with insurance companies, group builders, retirement village operators and many other large commercial organisations. That all adds up to around three million square metres of quality floor coverings a year.

‘With additional stores we expect to push that figure much higher, so we are now seeking suitable people to open more new stores in key locations around the country. You don’t need flooring experience, but a business, sales or management background are important.’

Alan Bucknell is another to have experienced the power of Carpet Court, having started as a carpet layer at the age of 16. ‘We opened an independent floor and carpet business in Whangarei in about 2002 and joined Carpet Court six years later after realising that big advertising and buying power were things we simply didn’t have – or even know much about! Like Graeme in Rotorua, we stayed in the same premises but changed the branding and it was just like switching on a light. Everything simply grew from there – saying we became very successful would be an understatement.

‘Obviously we know our market and area pretty well, but Carpet Court gives us a real competitive advantage,’ he says. ‘Although we are a shop, I think we have very different dynamics to a “normal” retail operation. You must be sales-driven, so employing the right people in the right places is vital, and you must be a people person yourself as you’ll be dealing with everyone from installers to home-owners to business customers. If you work hard, this business can be very exciting and rewarding.

‘There’s so much the Carpet Court team does for us – they have a group of specialists in all sorts of areas, including digital marketing and television advertising. We’d never have those kinds of resources as a small independent store. We’ve always had excellent and very professional support when needed, and anyone joining the group would benefit from all that knowledge and experience from day one.

‘At the end of the day, joining Carpet Court has added huge value to the business and made it much more sellable when the time comes.

‘Carpet Court is now looking to appoint new franchisees for strategic locations around the country,’ says Colin Jones. ‘We provide design and assist in fit-out management, as well as training and initial and ongoing support. An investment of around $250,000 will be required for a brand new store, with the exact amount depending on location and fit-out, and conversions are welcome too.’

Colin concludes, ‘The Carpet Court franchise is a proven and very effective business model that offers big long-term rewards with a very attractive lifestyle for the right people. If you’re interested in finding out more, contact me.’

In on the Ground was last modified: October 16th, 2020 by adminDevRTest
Previous article
Next article
Share